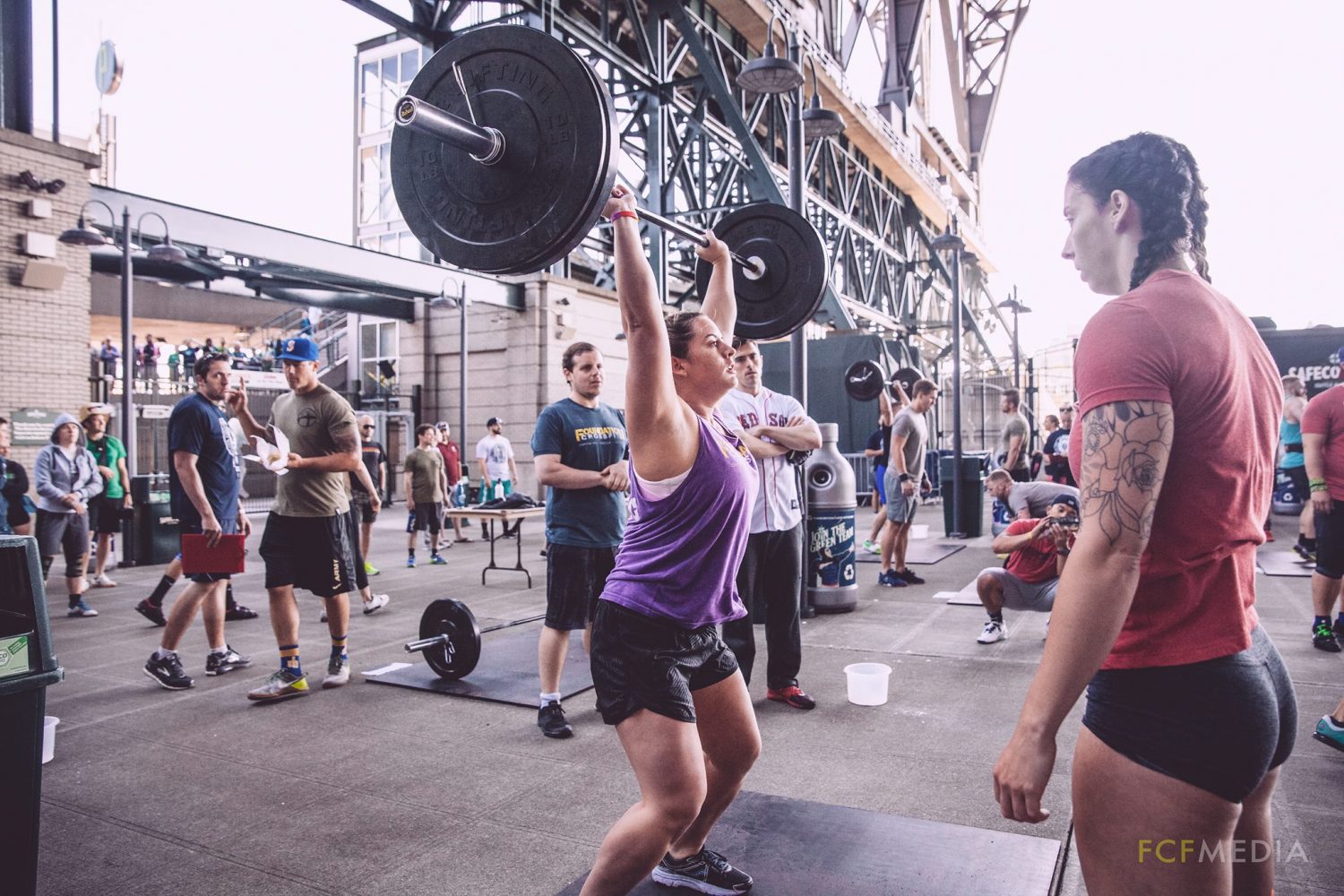 Oliva P power jerking at the 2017 Battle at the Ballpark

In the olympic lifts it is assumed, like the traditional competitive version of the lifts, that the barbell and weights start on the ground. The bar is lifted up and the athlete squats to receive it at it’s absolute lowest point (because it should be heavy as hell!) before standing up and showing control.

If HANG is stated before the lift, then it begins at hang position (fully extended legs and hips). It can be lowered as shallow or as deep as possible, but cannot touch the ground, before reversing the motion and receiving the bar.

If POWER is stated before the lift, then it can be caught anywhere that is not a squat (hip crease dropping below the line made by the top of the knee cap). These iterations of the lift are important in teaching how much of a powerful drive is necessary to work on the first part of the lift, which is elevating the loaded barbell as high as possible. While fast, this isn’t the most efficient for near-maximum loads.

+ Foam Rolling Doesn’t Do What You Think (And Other Mobility Myths Busted by Dr. Quinn Henoch) – Athlete Daily

Our take on bootcamp workouts, this class challenges you for the entire hour with a blend of strength and conditioning that works all the major muscle groups and focuses on functional movement. HellaFit will get you #hellasweaty while having #hellafun!