Get ready for some high-volume shenanigans!

David wearing a GoRuck ruck backwards during a Pregnant WOD

Today would be a great day to try some rounds wearing a weight vest or a ruck on your body if you plan to do MURPH with us on Memorial Day.

Rest precisely 3:00 between each round. 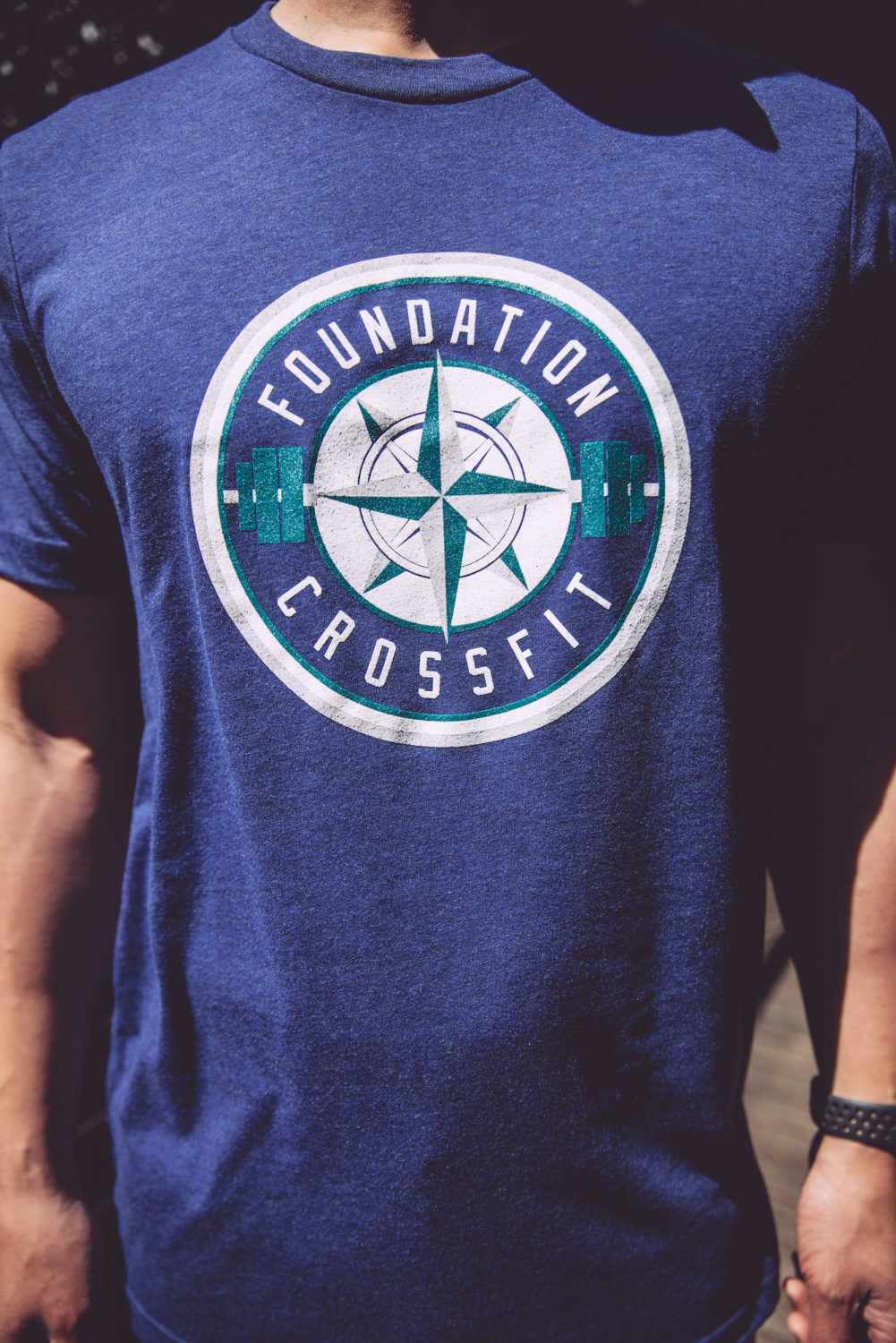 Rock yours at Safeco this summer

This Saturday we’ll be hosting our first SINGLET SATURDAY!

At 10am we’ll be covering a lesson on weightlifting, specifically the Weightlifting Technique Triad, then we’ll hit a complex for max weight, do some pulls or snatches, hit some accessories, then call it a day. It’d be nice to have all morning/afternoon/evening athletes mix and mingle and challenge each other to new levels of lifting. We’ll play some of the Pan Am Championships and we’ll prep for the last week of the May program.

It costs a class and is open to anyone confident in their own weightlifting skill set and limitations. We won’t be teaching basics, just sharpening the technique you already have.

I’ve been hearing your goals and suggestions so after some deliberation we’ll be starting a Tuesday back squat cycle. For the next 8 or so weeks we’ll back squat every week, building up in intensity, reps, and volume. The outcome should be stronger, more resilient athletes! 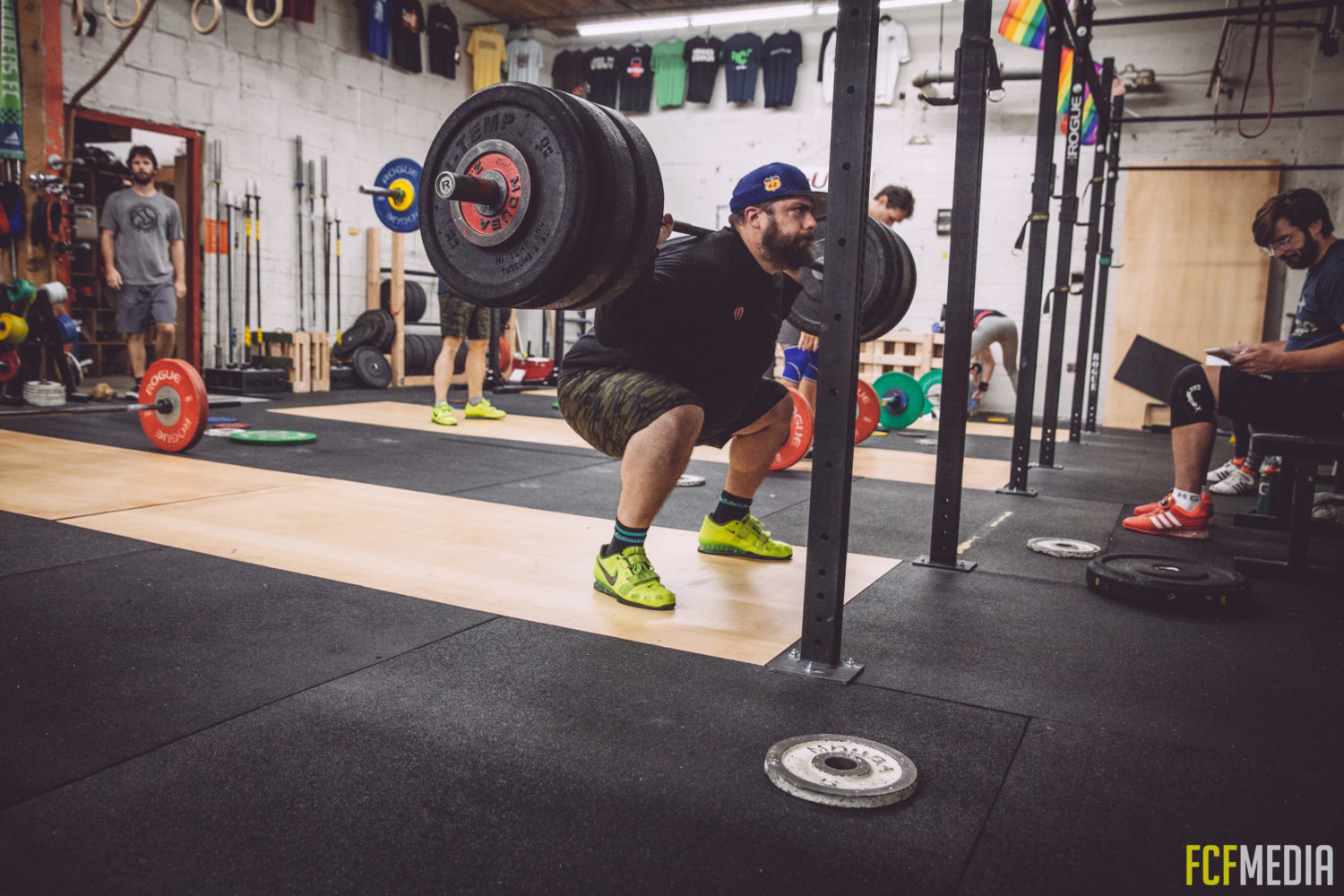 + Ears or Not Ears – Torokhtiy

Tomorrow, Saturday 5/12, three of our own will be competing at the LOFT SPRING FLING Weightlifting Meet at CrossFit Loft in West Seattle.

Come and support the team! I’ll be there judging and coaching.

The Tabata interval is 20 seconds of work followed by 10 seconds of rest for 8 intervals. Tabata score is the least number of reps performed in any of the eight intervals. Unit for the row is “calories”. In 2010 future CrossFit Games Champion Kristen Clever scored 4, 25, 10, 15, 18 (= 72)

12:00 to complete as much as possible 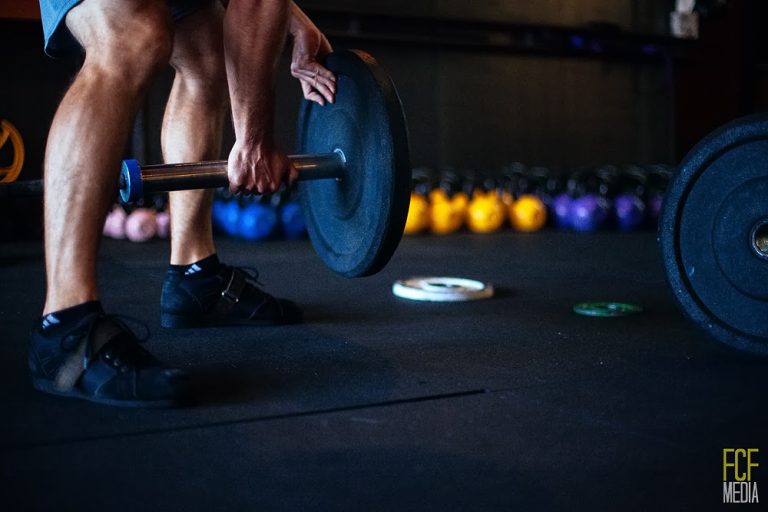 We regret to inform you that effective immediately Adrian is no longer a coach of Foundation CrossFit. We appreciate the time we had with him, his passion for Olympic Weightlifting, and his assistance in developing our Foundation Barbell Club. We wish Adrian all the best in his future endeavors.

During this transitional time, our focus remains on you, our athletes, and providing you a great fitness experience.

What changes can you expect?

Other than seeing a different face coaching your mid-day and evening Olympic Weightlifting classes, you will see no immediate changes. We will be adjusting coaching schedules accordingly to provide coverage for all our regularly scheduled classes.

Thank you for registering for the current Olympic Weightlifting and Powerlifting cycles. There are a large number of you ready for big weights – with that said we need to be proficient with space so make sure you and your partners stay focused on your work. If you’re in early, hit your personal accessories and stretches. Get your snatch positional stretches specifically if you’re in Olympic Weightlifting.

If you’d like a PDF of the current program please email barbell@foundationcrossfit.com. 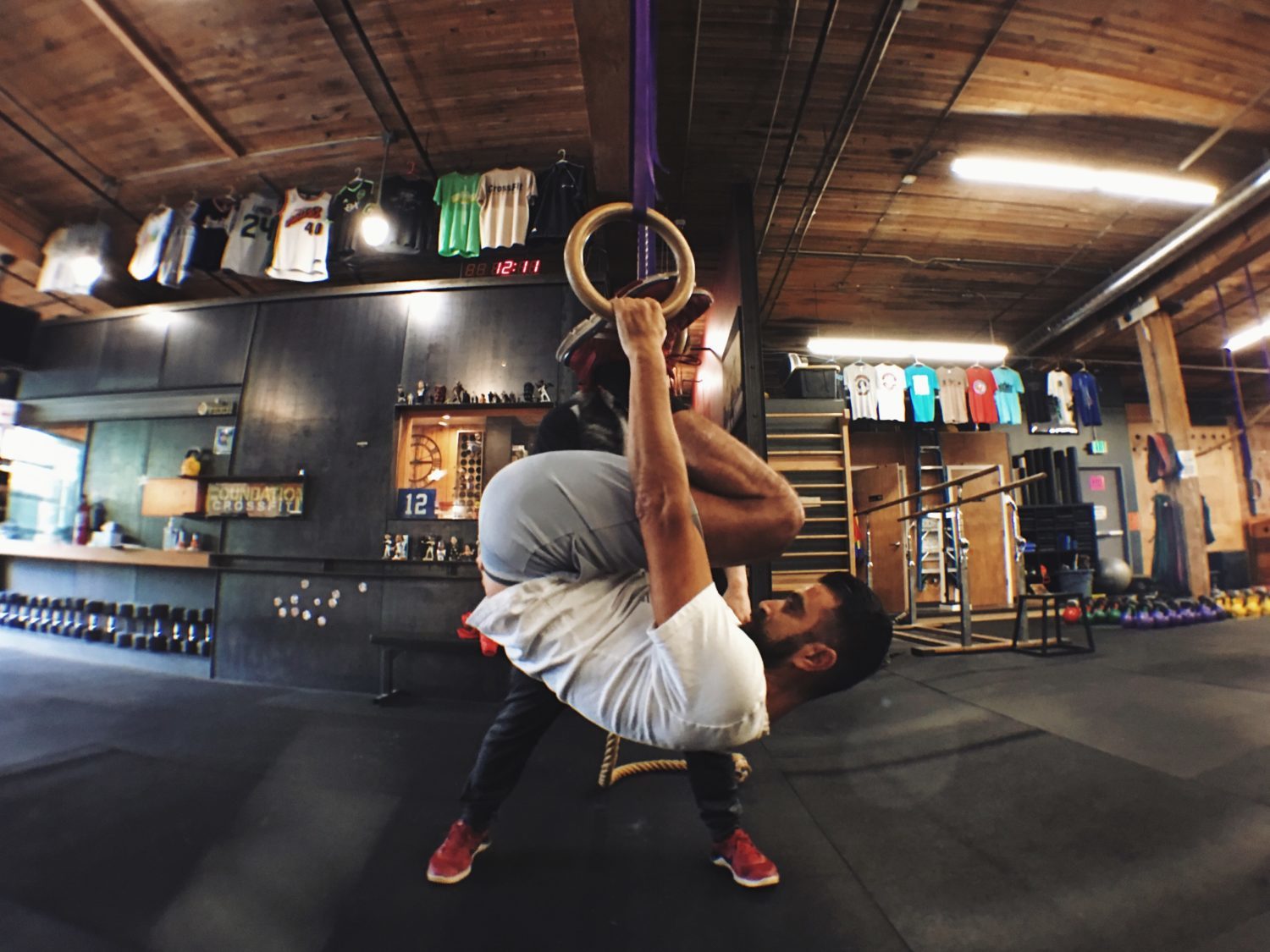 This week in our still rings work we’ll see the introduction of transitions into half-hangs: both tucks and L-hangs.

establish a heavy CLEAN & JERK for the day within 15 minutes, then 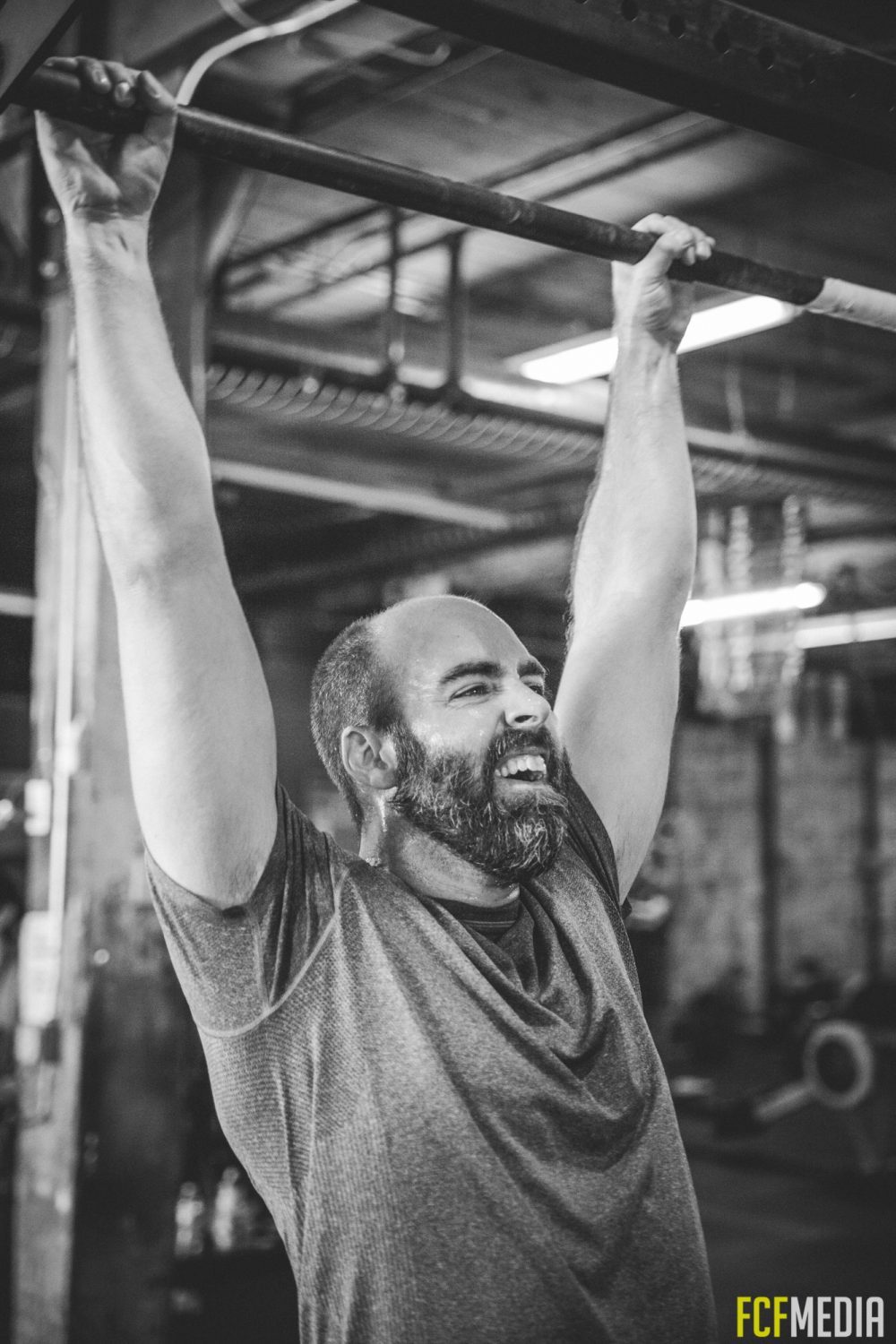 Today is all about rowing (after some still rings work) and making sure that you can move blazingly fast through the appropriate amount of rounds of CINDY (5 pullups, 10 pushups, 15 squats). Resume rowing as soon as possible. Can you recover on the rower? Can you push the pace and complete more than a 5k? 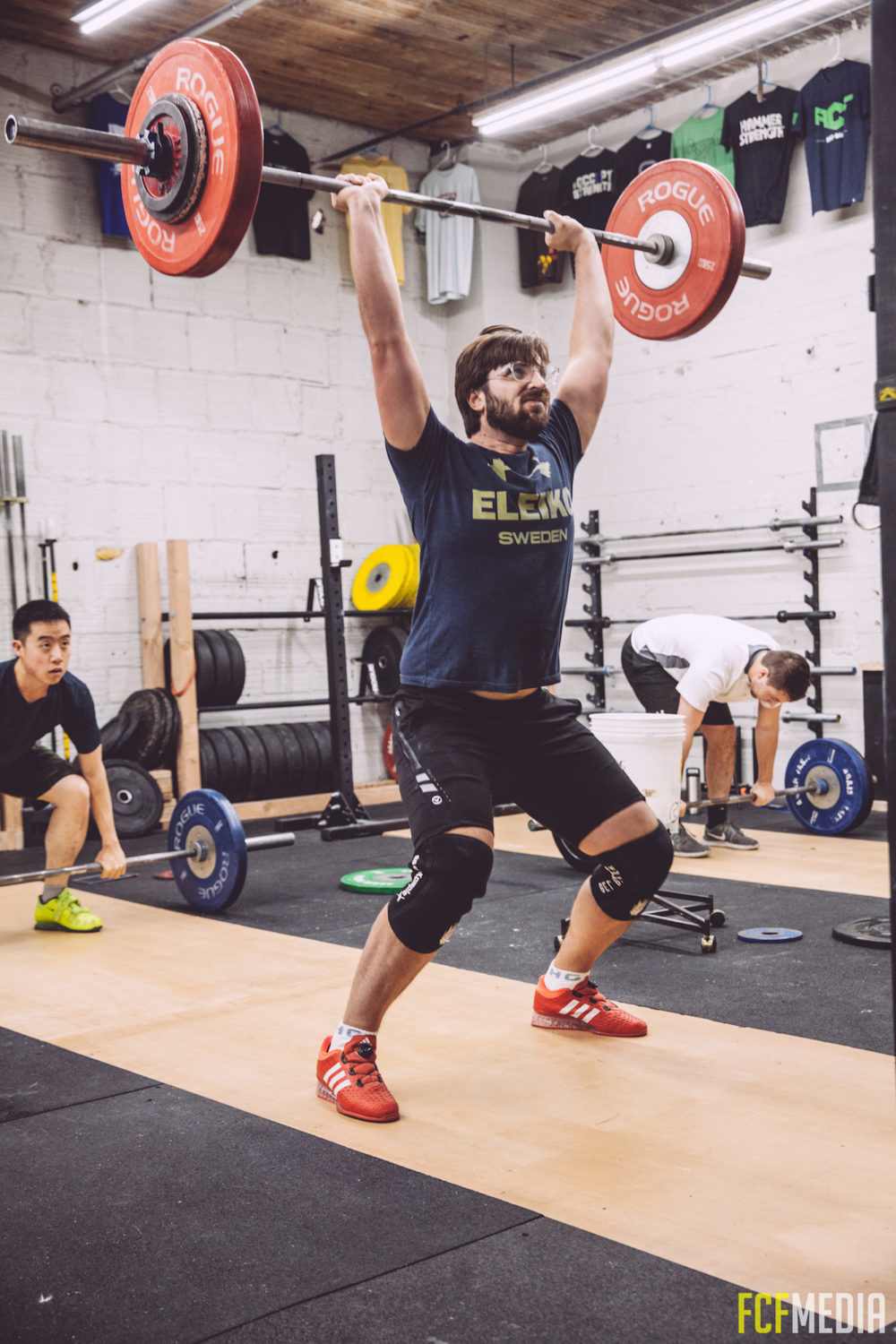 This week we’ll hit all of the shoulder-to-overhead movements for maxes, a max row w/ CINDY sprinkled in between, a clean & jerk max followed by a kettlebell/deadlift bruiser, a quadruple, TABATA THIS!, a hang squat clean/burpee-over-bar + max snatch workout similar to 18.2, and a chipper!

+ This Is Supposed to Be Hard – Breaking Muscle

Take up to five top sets to establish a max. Post maxes to whiteboard!

One partner working at a time while the other partner holds a movement. Switch as often as needed!