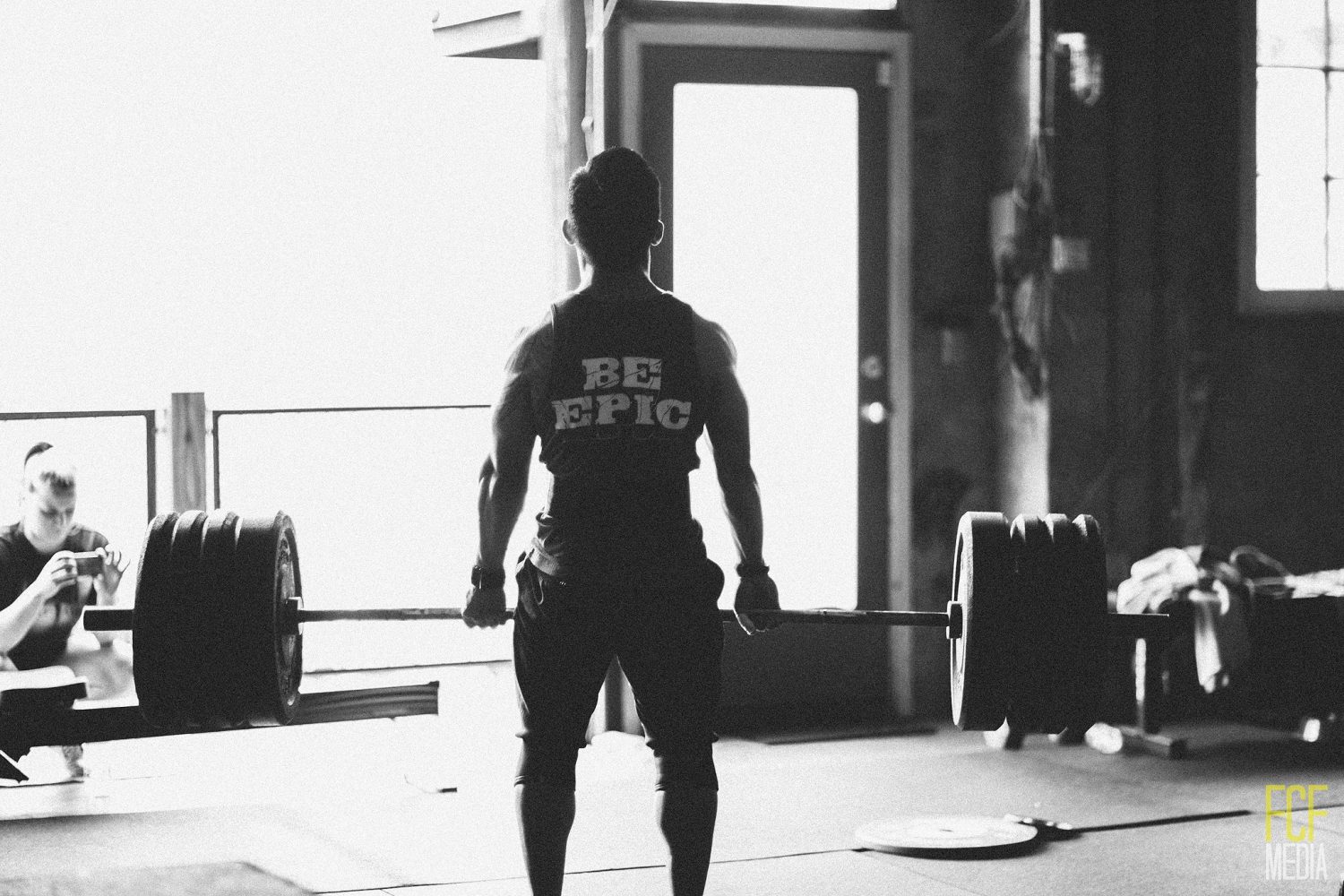 As some of you know we were running a 6am-only Powerlifting session on Mondays, Wednesdays, and Fridays. This was the only one we ran for the entire year but saw some tremendous strength increases. Some squats went up 10kg. Some almost 20kg. On average the strict press went up just shy of 10kg. All pulls went up (deadlifts, strict pullups, kipping pullups) as well. We used Rippetoe’s Starting Strength-style programming since most athletes were experienced CrossFitters, but new to lifting-only.

Many of them transitioned back into CrossFit. One athlete, who had been CrossFitting regularly for years, provided feedback:

“I loved the programing. I liked how receptive it was. The repetition each week let me think about my lifts the night before and get in the right mindset for the coming days lifts. It had been a long time since I went to the gym with so much vigor and excitement. I think that was partly due to the fact that during the cycle I could feel myself get stronger. That feeling filled me with confidence as max week approached and I KNEW that I would PR. The cycle also opened my mind regarding how strength fits into CrossFit. For the longest time I felt that my biggest limitation during most WODs was cardio and for the most part I did not give the strength aspect a second thought. In the last few weeks I have seen my biggest gains in WOD’s since I was beginner.

I now have lot more confidence to go for the Rx weight in [CrossFit] WODs. I no longer need to get on my tip toes at the end of press when performing wall balls. I can link more pull-ups together. I’m able to keep up, on a occasion, with athletes that I have never been able to keep up with.”

I think we’re also ready for Round 2.

We had a blast teaching at Lynnwood Crossfit this past weekend!! Our next stop will be in Alexandria, VA at Trident Crossfit on November 4-5. To sign up go to https://training.crossfit.com/conjugate-methods. Hope to see you there!! #conjugate #westsidebarbell #sweattshop #CrossFit #strongerisbetter

A post shared by CrossFit Specialty Course (@conjugatemethods) on Oct 1, 2017 at 6:56pm PDT

Gus, Grayson, and myself recently attended the CrossFit Conjugate Methods course w/ Shane Sweatt of Conjugate CrossFit and Jesse Bifano of CrossFit Squamish. I spent a year training up at Lynnwood CrossFit following Conjugate methods years ago and it brought my squats, presses, and deadlifts up.

The Conjugate Method is just like the CrossFit method (constantly-varied high-intensity movements) with a bias towards strength and improving the contested Power lifts: back squat, bench press, and deadlift. Our split will look like

What does max effort and dynamic effort mean?

Monday through Friday you have an opportunity to workout at 6am (alongside the Olympic Weightlifting class) or 10am. Saturday at 9am will conclude the programming week. For those who regularly attend Saturday’s 8am CompEx classes, the second hour will become strength hour where you and the Powerlifting crew combine for some Max Effort Lower lifts. For the CompEx athletes there is no need to rsvp for the 9am Powerlifting class. Those who “drop-in” at 9am will be denied entry to the workout and redirected to the CrossFit classes.

If you plan to participate it is important that you attend all four days a week if you want to get stronger. Simply put the program isn’t potent if the dosage isn’t there. That said you may use this to supplement your other fitness endeavors by attending twice a week: do one max effort and one dynamic effort per week.

The entrance to the program will happen in waves- next week will be the first, then about 5 week out we’ll have another.

You’ll be revisiting movements you haven’t done in a while, as well as some you’ve never tried before. It’s going to be fun.